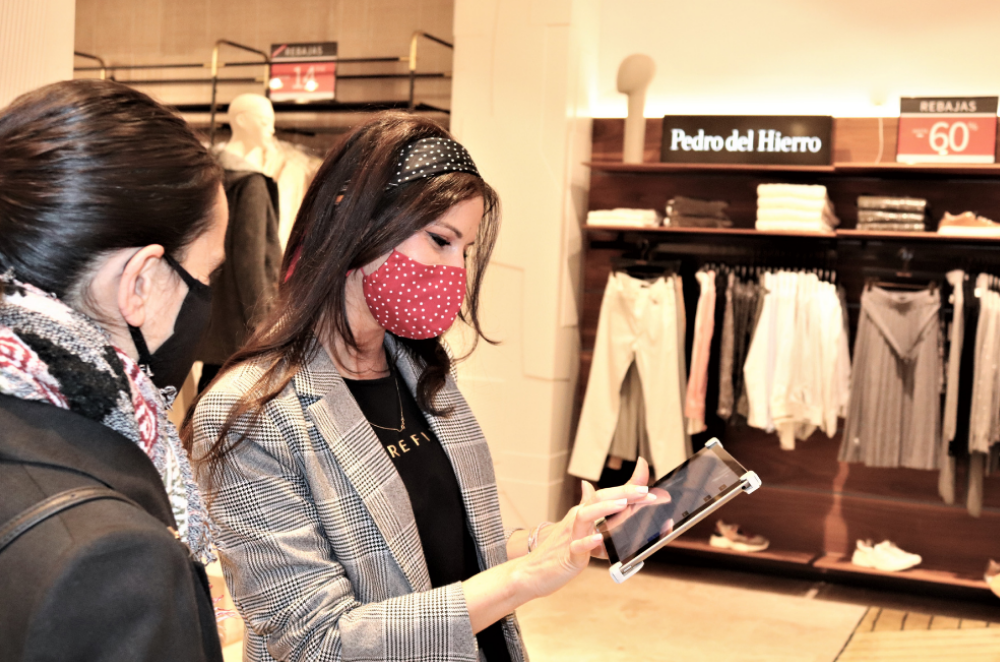 Tendam posted a 34.5% drop in sales in 2020, with record levels of cash and positive adjusted EBITDA of €145.8 million. A strong Q1 recovery is underway

Tendam posted sales of €777.2 million and adjusted EBITDA of €145.8 million in a financial year that was overshadowed by the pandemic.

Tendam achieved its core goals outlined at the onset of the public health crisis: to protect its people and business, contribute to society and roll out its transformation agenda.

The company has doubled down on its business model — based on a unique, global omnichannel ecosystem — during a decisive year for its strategic transformation and the future of the group.

The launch of new own brands (Hoss Intropia, Slowlove and High Spirits) has become integral to the company’s strategy. The company also consolidated its multi-brand digital platform, which now offers 25 third-party brands.

Madrid, 24 June 2021 – Tendam Brands, Tendam’s parent company and one of Europe’s leading omnichannel fashion retailers, today announces its results for the period from 1 March 2020 through 28 February 2021, corresponding to the company’s 2020-2021 financial year.

“Despite the pandemic’s social impact, the crisis gave us the opportunity to further reflect on our industry, our company and its assets and to think about how to lead in the future, fuelling not only the acceleration of our strategy but also a radical transformation to our model,” said Jaume Miquel, Tendam’s chairman and CEO.

Protection of the company, which was manifest in its efforts to safeguard the health and safety of its employees and customers, the protection of the group’s liquidity, a guarantee of “normality” in global operations and a commitment to protect suppliers.

With respect to employees, Tendam supplemented state furlough payments, ensuring employees received their full salaries. It also provided 2,000 zero-interest micro-loans to help offset any employee cash flow issues. At present, none of the company’s employees are on furlough.

The group demonstrated unwavering support for its suppliers, actively managing the purchasing process from the onset of the crisis in order to temper the commercial and financial impacts.

Active social engagement. In 2020, businesses were faced with a duty to step up and contribute. Tendam did so from day one, through various mechanisms and initiatives making a social contribution. The company managed the delivery of €1 million in personal protective equipment, in its own name and on behalf of other companies. The Tendam brands also donated €1 million of their product to more than 300 healthcare and care-giving institutions through the “#TodosSumamos-El hilo que nos une“ (#Togetherweare the thread that unites us) campaign.

Radical transformation agenda. As part of its “Plan Tendam 5.0” the company has redefined its role in the fashion industry, positioning itself to set the pace for the future, based on an open, omnichannel ecosystem that leverages its 140 million website hits, the 220 million visits to its extensive network of brick-and-mortar shops and its 27.7 million loyalty club members. The group’s own brands, those that it has incubated and third-party brands all contribute to this expansive reach. The model strives for a seamless connection between the digital world and the physical world, where the shop is transformed into a hub that successfully connects all its digital initiatives.

Commenting on the company’s digital transformation strategy, Tendam chairman and CEO, Jaume Mique said: “We are convinced that in the short- and medium-term, the market will provide growth opportunities based on freed-up market share and digitalisation. We firmly believe that, thanks to this ongoing transformation process, Tendam is in an excellent position to harness this opportunity”.

Because of the temporary closures, restrictions on movement and limited occupancy numbers that affected most of the markets where Tendam operates, between 1 March 2020 and 28 February 2021, revenues fell to €777.2 million, representing a 34.5% year-on-year drop, or a 17.7% dip in a like-for-like comparison.

Digital sales climbed by 58.9% to stand at €121.7 million. This channel now accounts for more than 20% of the group’s total sales in Spain, which is in line with the company’s projections and puts it within reach of its target of tripling digital sales over the next three years.

Adjusted EBITDA for the year ending on 28 February stands at a positive €145.8 million. Tendam posted a net loss of €109.5 million for the year.

Despite dropping sales and thanks to the measures adopted, the company mitigated the decline in its free cash flow (-€57.4 million). By reducing inventory, lowering costs and re-prioritising Capex investments — limiting spending on everything other than digital strategy initiatives — Tendam was able to improve working capital, which, standing at €12.3 million, also buoyed the group’s cash flow.

“I am pleased with how Tendam was able to step up and overcome this particularly difficult year. Despite the negative impact on sales, the company reached record levels of liquidity, demonstrated its commitment to socially responsible conduct and made significant strides in sustainability and digitalisation. Tendam has defined a radical transformation model, which is bearing fruit in 2021” Miquel said.

Tendam has continued to make inroads with regard to sustainability. During the financial year, it received a grade of B from the Carbon Disclosure Project (CDP), clinching its position as a transparent company with ambitious global goals as reflected by its strategy and policies to fight climate change. The company was also recognised with a silver medal, ranking in the top 25% of companies in the category evaluated, from the international ESG ranking provider Eco Vadis.

In line with its target to be emissions-neutral by 2040, Tendam reduced its direct carbon footprint by 60%, comparable to progress made in 2019, following the 30% reduction it achieved the year prior.

Eighty-two per cent of the power the company uses worldwide — and 100% in its Spanish operations — is sourced from certified renewable energy.

The company also concluded negotiations on and approved its second gender equality plan during the financial year. Eighty-four per cent of Tendam’s employees are women, 59% of whom hold management positions.

Addressing the start of 2021, Jaume Miquel, Tendam’s chairman and CEO said, “The first few months of the financial year have been very positive, especially starting in May when we were no long impacted by shop closures precipitated by Covid-19. For its part, the digital business continued to post robust growth in the first quarter of 2021 with 90% growth compared to 2019 and 40% compared to 2020.”

Miquel concluded by saying “We estimate the company’s earnings will return to 2019 levels by the first half of 2022 at the latest”.

Please complete the form to create a user profile